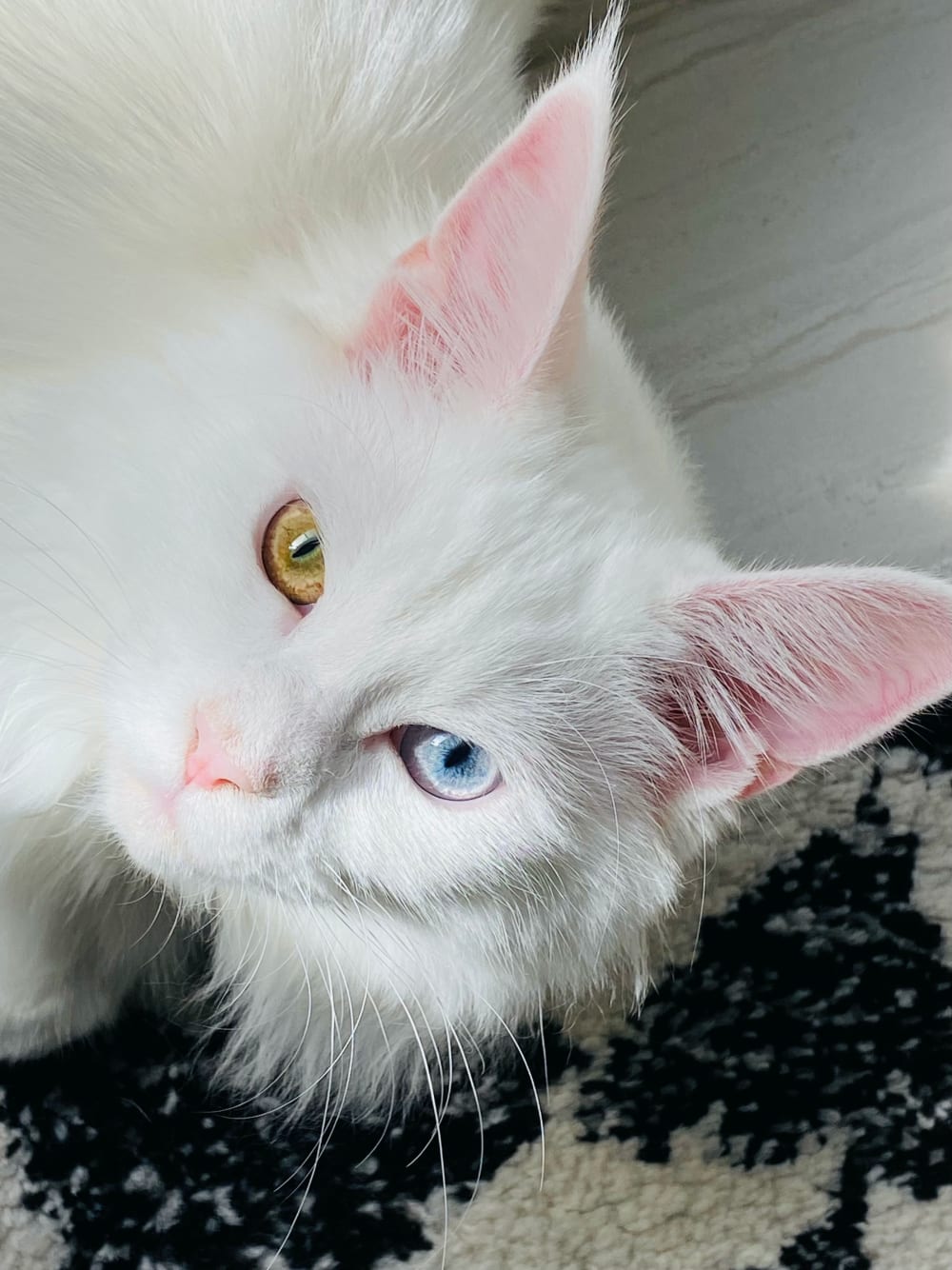 What health conditions should Maine Coon cats be screened for?

We are committed to ensuring health screening for conditions where there is a strong scientific evidence base to do so.

Specific genes have been identified in some pedigree breeds in order to reduce the chance kittens will inherit certain health problems from their parents.

Luckily, simple tests are available and accessible to breeders, so they can be sure their parent cats are free of these genes before allowing them to breed.

Not all genes have been identified by scientists so it's worth knowing that a kitten could still develop a hereditary disease even if their parents have tested negative, as multiple genes can be responsible for the same condition.

Cats affected by this condition will develop a thickening of the muscle in the walls of the heart, which impairs its ability to fill with blood and pump effectively. A cat suffering from HCM will have a significantly shortened lifespan, and sudden death is also known to occur.

Most cats show no symptoms in the early stages, but once in established heart failure the prognosis is 6-18 months. Medications can be prescribed to help slow the progression of the disease but sadly there is no cure.

Genes for HCM have been identified in only some breeds of cat. However, all breeds will benefit from annual echocardiogram scans (echos) of their hearts as many more unidentified genes are believed to exist. Cats can also go on to develop HCM due to poor diet and lifestyle. Echos should be performed by a cardiologist who will be able to identify whether a cat’s heart is showing signs of this disease, even if they’ve tested negative for the known genes or a genetic test isn’t yet available.

Genetic testing for HCM is mandatory for Maine Coon cats. Echos for all breeds is highly recommended for added peace of mind.

Symptoms to look out for that are a medical emergency include increased breathing rate, breathing difficulties (increased effort, open mouth, panting), leg pain, weakness or paralysis (especially in the back legs). More vague signs like changes in appetite and behaviour (e.g. limping, interacting less, sleeping more) can also occur and should always be checked.

Over time SMA will impair a cat’s ability to walk and jump as the neurons in their spinal cord deteriorate. It is a non-life threatening condition, but due to weakness and unsteadiness on their feet, these cats are physically disabled and should be kept indoors for their own safety, or supervised when outdoors. Thankfully, cats affected do not appear to suffer any pain, although symptoms do get progressively worse, starting from around 12-16 weeks of age. There is no cure or medication available to improve symptoms or delay progression.

Genetic testing for SMA is mandatory for Maine Coon cats.

PKDef will mean cats are deficient in an important enzyme found inside their red blood cells, reducing their survival in the circulation. Fewer red blood cells (anaemia) reduces the amount of oxygen that is carried around the body. When anaemia is mild, or develops over time, cats may cope and fluctuate between seeming normal and periods of reduced appetite, tiredness and weakness. This means PKDef can go undiagnosed until the cat is older or less able to compensate for lower oxygen levels.

Rapid development of severe anaemia can be life-threatening as the body struggles to function without enough oxygen. This can cause sudden deterioration in a cat's health and requires life-saving treatment.

There is no cure for PKDef, or medications available to manage mild symptoms, however for serious cases, blood transfusions can be performed to temporarily boost levels of red blood cells and save life.

Genetic testing for PKDef is mandatory for Maine Coon and Bengal cats.

A link has been determined between inherited deafness and the gene responsible for white coats and blue eye colour. However, not all blue-eyed, white cats are deaf and both ears aren't always affected. Scientists believe this could be due to varying gene combinations in the individual cat, or other environmental factors. Therefore the only way to test for this, and the likelihood of passing an affected gene combination onto further offspring, is with a hearing test. A simple, non-invasive Brainstem Auditory Evoked Response (BAER) test can be conducted at specialist centres across the UK.

Deaf cats should be kept indoors for their own safety, or supervised when outdoors. BAER tests are mandatory for white Maine Coon cats.

Symptoms to look out for: being easily startled, dizziness or disorientation, no apparent response to loud noises such as the vacuum cleaning.

Patellar luxation is the dislocation of the kneecap in a cat’s hind legs due to the improper development of bones in the knee. Over time the constant popping in and out of the joint can lead to painful arthritis but is non-life threatening, and thankfully surgery can stabilise the knee cap and reduce further damage. Severity will vary between individuals.

Medications are available to help manage symptoms and slow the progression of arthritis. Early detection of patellar luxation also means surgery can be performed before arthritis starts to develop.

As a genetic marker is yet to be determined, the only way to test for this condition is for a vet to carry out a physical examination.

While patellar luxation can affect all cats, breeding programmes of Maine Coon in particular will benefit from regular physical examinations of their cats, due to their larger weights which can put extra strain on joints. Examining for patellar luxation is an optional measure.

Symptoms to look out for: repeated episodes of sudden onset hind leg hopping/limping, stiffness, avoiding or having trouble jumping.

Hip dysplasia is the malformation of the ball-and-socket joint in the hip. Over time this will cause excessive wear and tear on the joint leading to pain and reduced range of motion. As a genetic marker is yet to be determined, the best way to test for the condition is with a combination of a vet examination and x-rays of the hips; looking for misalignment between the ball-and-socket, partial dislocation and any resulting arthritis.

There are some treatment options available to help symptoms including weight management, physical therapy, anti-inflammatory medication, and dietary supplements. Surgery may also be required in severe cases.

Hip dysplasia is much more common in dogs than cats. Breeding programmes of bigger or heavier cats can benefit from annual x-ray analysis as their larger bodies can put extra strain on joints. Testing for hip dysplasia is an optional measure for Maine Coon cats.

Symptoms to look out for: limping, stiffness and hobbling after resting, avoidance of physical activity, pain when the hip is touched, frequent licking at the hip area.